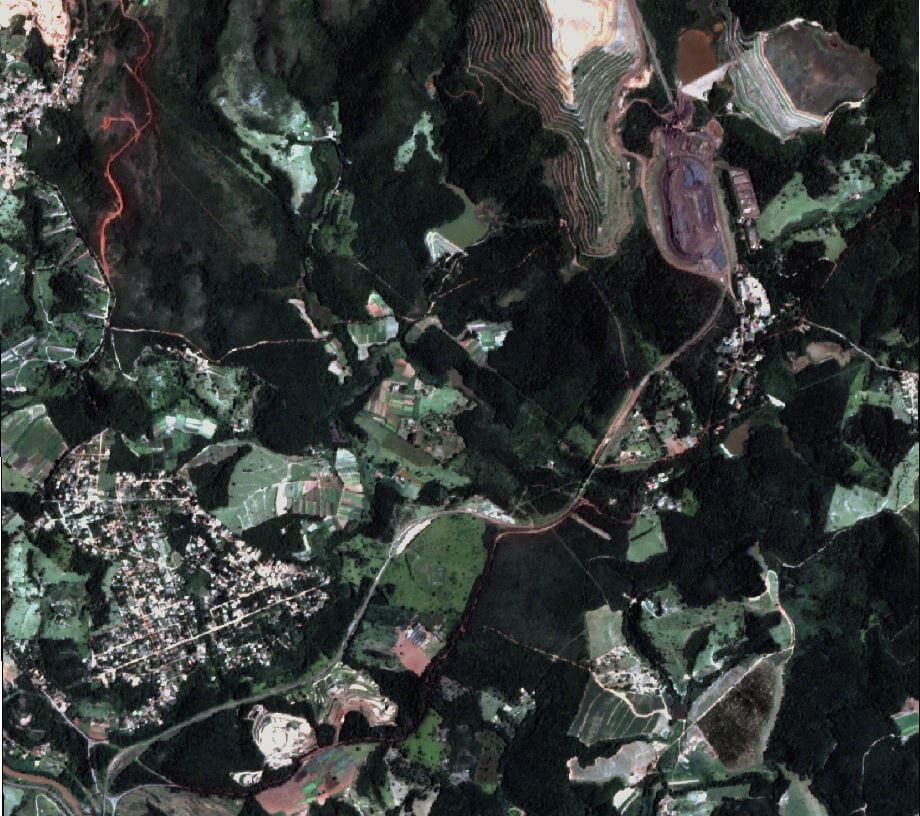 Last year, we released a Youtube video on the collapse and possible causes of the Fundão Dam, visible and accessible courtesy of satellite imagery.

The Fundão Dam was a tailings dam, built to accommodate the waste resulting from the extraction of iron ore from the extensive Germano mine, a mine owned and operated jointly by Vale SA and BHP Billiton.

On joining Geospatial Insight, founder members pointed me to our work on the Mariana Dam disaster in 2015, specifically the Fundão Dam collapse. Last year, we released a Youtube video on the collapse and its causes, visible and accessible courtesy of satellite imagery. The Fundão Dam was a tailings dam, built to accommodate the waste resulting from the extraction of iron ore from the extensive Germano mine, a mine owned and operated jointly by Vale SA and BHP Billiton. This tailings dam was constructed in the hills near the village and subdistrict of Bento Rodrigues, located 8.7 miles north of Mariana city.

Sound familiar? Yes, almost the same thing happened at the Brumadinho Dam earlier this year, also in Brazil though this time in Minas Gerais amidst considerably more media fanfare and a distressingly high deathtoll.

But let’s return to 3.30pm on 5th November 2015 when the Fundão Dam began to leak. 50 minutes later, a rupture released toxic sludge that almost entirely flooded the river valley including Bento Rodrigues. According to a United Nations report, the tailing slurry travelled 620 km downriver, eventually reaching the Atlantic Ocean. Nineteen people were killed. “Entire fish populations – at least 11 tons – were killed immediately when the slurry buried them or clogged their gills”, and “the force of the mudflow destroyed 1 469 hectares of riparian forest.” [United Nations, Mine tailings storage: Safety is no accident, Report summary , circa 2015.]

Geospatial Insight were contracted to provide imagery to help insurance companies determine the causes of the collapse, a disaster which Reuters in 2016 confirmed had caused $5.1bn in damages. Two key questions asked us at the time were what caused the collapse, and how early could those causes have been identified.

Our afore-mentioned video provides clear answers. Damage to the original starter dam led to increased dam soil saturation, there was deposition of “slimes” mine waste in areas not planned for, and structural problems with a concrete conduit that should have raised the dam over the slimes.

Signs of failure could be seen weeks before, with conditions of groundwater seepage, slope failure and surface degradation. Our video concludes that the assets could and should be monitored remotely in order to save lives and reduce risk. It’s there, written in Youtube black and white.

For traders, there was another side-effect. The following day, Vale SA share prices dropped to 14.33BRL ($4.14) from Nov 5th 15.51 BRL. Despite the drop, trading volumes were well within normal bounds so market reaction, though present, was relatively muted.

We fast forward to the startlingly similar Brumadinho Dam disaster on January 25th, 2019. A tailings dam at the the Córrego do Feijão iron ore mine, 9 kilometres (5.6 mi) east of Brumadinho, Minas Gerais, suffered a catastrophic failure leading to the death of at least 206 people. The owner of the dam was, yes, Vale SA.

It is neither time nor place to discuss the causes of this recent disaster. However, our analysis thus far is clear that damage could have been identified in reasonable time based on the lessons of the Fundão Dam. Has anyone considered performing such analysis? Judging by market reactions to mine owner’s Vale SA shares this time wealthy capitalist opportunist investors had not, neither had Vale SA themselves (or had they?), nor had any monitoring authorities it seems.

For sure, market reaction after the event was rapid and substantial, much more so than after the Mariana Dam incident. Immediately after the collapse and into the following Monday Vale SA prices dropped by a quarter from 56.15BR to 42.38BR ($11.20). More significantly, trade volumes on the Friday and following Monday combined to be thirteen times larger than the Thursday prior to the collapse, and threefold the previous trading record. In addition, there was contagion into other asset classes. Chinese iron futures – China being the destination of mine output – rose to a record high. Reactions have continued, with German investor Union Investment selling its stake and the enforced closure of other Vale-owned mines due to safety concerns.

Had traders been vigilant, there should have been trading in the days before. They weren’t. Indeed, trade volumes in the week leading up to the Friday disaster were comfortably below the quarterly average. Now, it’s easy to say with hindsight that traders could have actively monitored the Vale mine, dam and supply chain portfolio and to be sure other parts of the Vale mining inventory. However, it and they could have been at reasonable cost, and what an opportunity missed.

This raises moral questions, also opportunities. Traders, usually, are human beings and do not want to profit on other’s misfortune. Consider a case of a trader monitoring a dam like Brumadinho using satellite technology. On detecting such a pending disaster, how should the trader alert authorities to pending disaster?

As for investor responsibility, well current trends towards ESG [Environmental Social Governance] assessment and sustainable investment patterns, particularly from the emerging millennial investor generation, should see continued care and concern to holdings with environmentally sensitive and frankly quite dangerous supply chains. Continuing social trends combined with proactive monitoring and sustainable finance reporting of “assets” like the Fundão and Brumadinho Dams, of which there are many within and beyond Vale’s mining portfolio, can go a long way to helping. 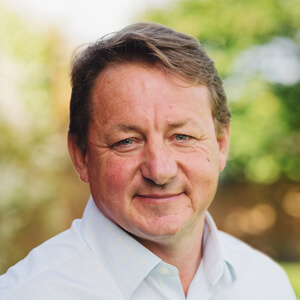