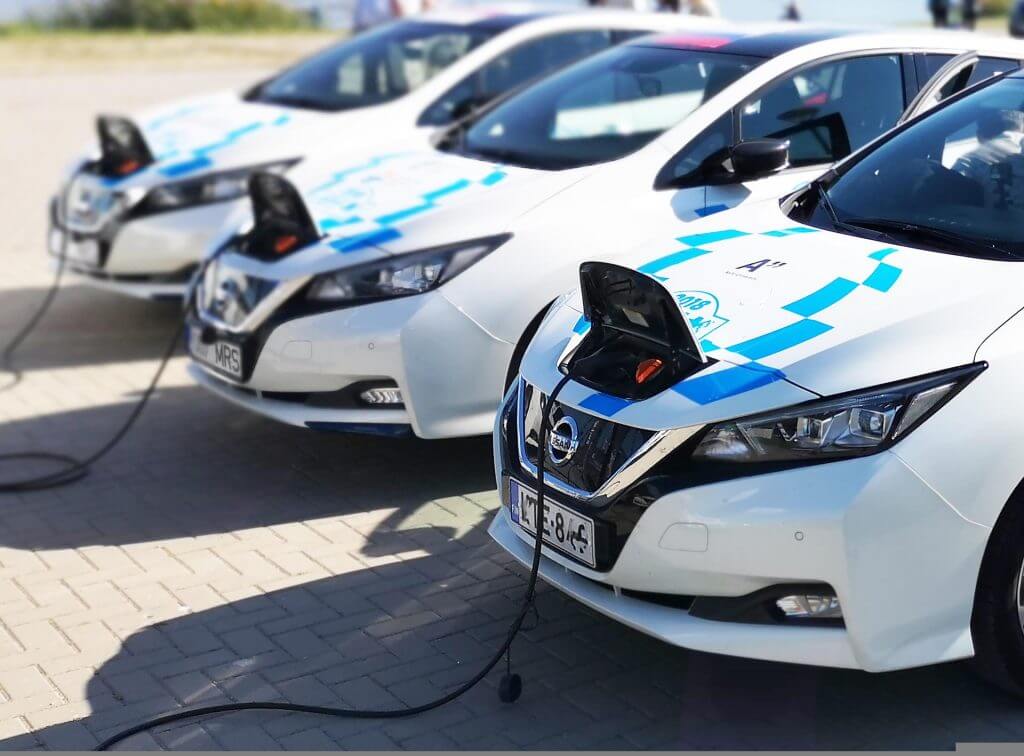 The utilisation of Electric Vehicles (EV) in the UK has grown rapidly in recent years. There are now over 1.2m million plug-in vehicles (500k pure EV, 700k hybrid) in use on UK roads. This rapid rise is forecast to continue due to;

However, the charging infrastructure needed to meet this growing demand is not being deployed at the pace or scale required. The UK is a complex mix of rural and urban, historic and contemporary, residential and commercial, making planning a charging network a challenging proposition.

The UK government is targeting 4 million chargepoints by 2030, with an estimated spend of over £16 billion, but where these chargers will be deployed – and what type – still needs to be determined. 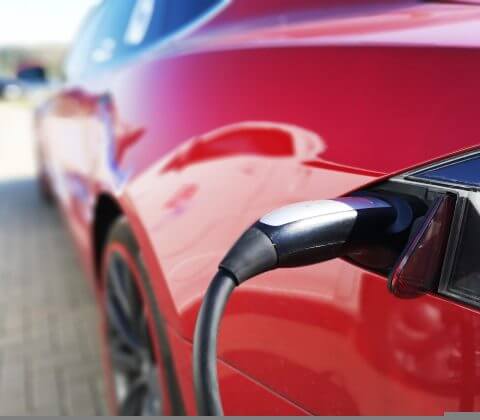 The Isle of Wight, situated off the coast of Hampshire, is the UK’s largest and second most populous island. As part of their Climate Strategy, the Council announced a need to encourage and facilitate the switch from combustion engine vehicles to EV to support the island’s wider decarbonisation goals.

The number of vehicles on the island can fluctuate dramatically during the tourist season, with vehicle ferry access from both Southampton and Portsmouth making it a popular holiday destination.

To enable the Council to develop a future-proof strategy for the deployment of EV charging infrastructure on the island, they needed a much better understanding of the current network’s status and service area, the current and future residential demand, and the potential for Council owned and operated carparks to be utilised as charging hubs.

This information would enable the Council to additionally apply for a Central Government grant to fund deployment. 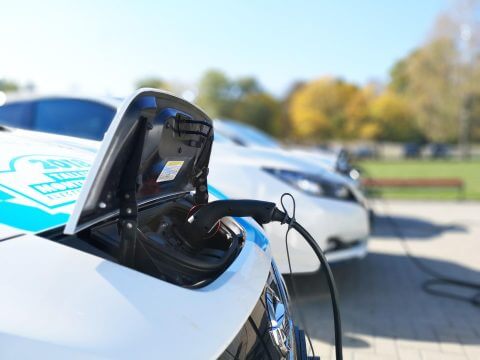 Geospatial Insight proposed a digitalised process that automated the identification of properties with a lack of off-street parking and determination of which of those properties could be served by charge points deployed in Council owned and operated car parks.Where on-street infrastructure was required, a novel methodology to calculate footway widths and identify potential constraints (bus stops, road junctions, street furniture) was implemented to determine footway sections suitable for a safe and unimpeded installation.

The outputs were delivered via Geospatial Insight’s LOCATE platform, enabling the Council to intuitively visualise and interrogate the results without the need to host or manage data or third-party software. 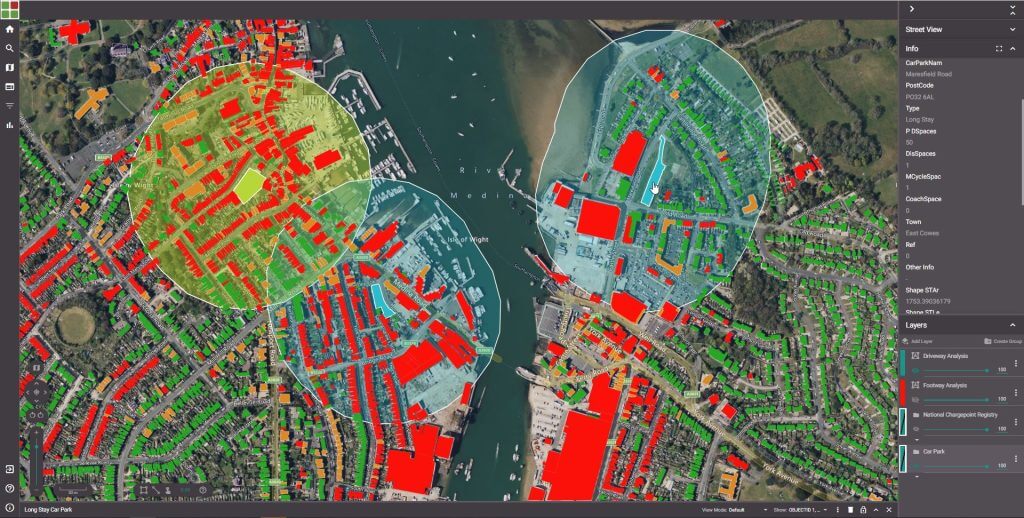 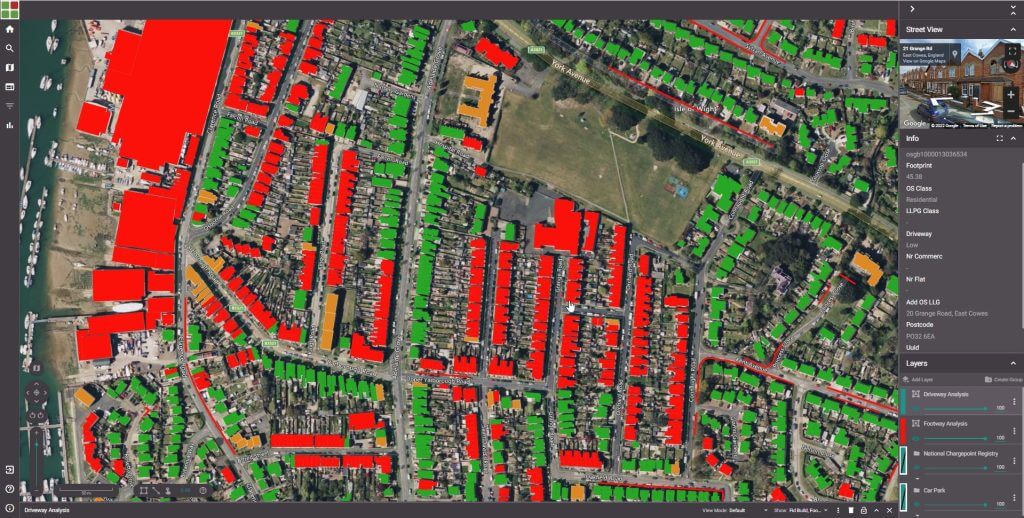 The Council will be collating results from the data as a core input into a funding bid to the Government’s ‘Local Electric Vehicle Infrastructure Fund’ (LEVI), which will contribute to the capital costs of physical chargepoint deployment.

Isle of Wight Council and Geospatial Insight are currently assessing the potential to extend the study to include the full island, enabling the Council to consider rural properties and residents in future
planning.

Isle of Wight Council have been utilising Geospatial Insight’s LOCATE platform, to determine the most beneficial locations to deploy charging infrastructure in Council owned and operated car parks and for onstreet locations.

Once sites have been identified, the Council will rank and prioritise them based on the current and future demand, calculated from the intelligence provided on availability or lack of off-street parking. 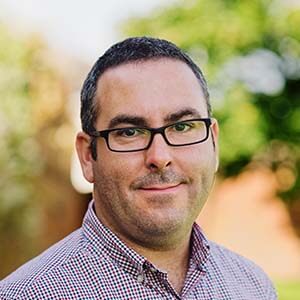 Ian Dee is a geosolutions specialist with over 20 years experience delivering innovative environmental solutions for some of the industry's leading organisations. Ian is also former CEO and Co-founder of Energeo Ltd (now part of Geospatial Insight), where he led the development of a unique portfolio of geospatially-focused products and services for a range of sustainability, renewable energy, and eMobility applications. Ian is now Climate Applications Lead at Geospatial Insight, responsible for ensuring clients have the very best locational-based intelligence available, to ensure they meet their decarbonisation targets.
All Posts
Back to Blog