IS ‘ABOVE-AVERAGE’ BECOMING THE NEW NORMAL? 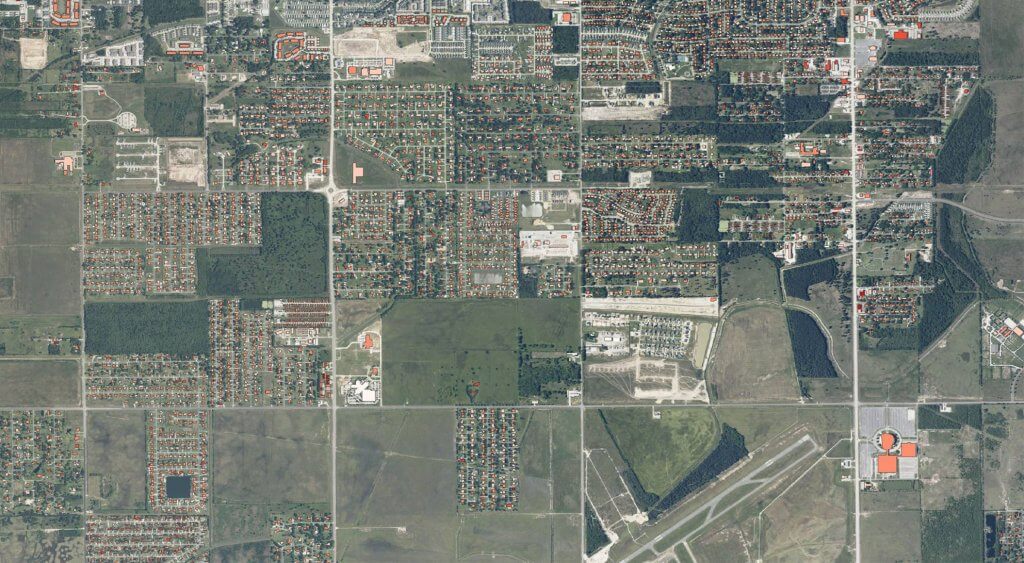 The Atlantic Hurricane Season 2020 finished up with a record-breaking number of named storms for the fifth consecutive year. With Hurricane Season 2021 fast approaching, it is hard not to anticipate another very active season, with trends from the last decade showing a dramatic increase in season length and in storm numbers and intensity.

The availability of satellite imagery has increased accessibility of storm monitoring throughout the season, enhancing forecasters’ ability to track and predict their paths. With readily available information of worldwide weather, the likelihood of discovering even minimal storm activity has increased tenfold. At Geospatial Insight we have access to an extensive network of commercial satellite providers, and we utilise these partnerships to monitor the extent of global catastrophe events and generate both pre and post-risk intelligence for our clients.

The number of hurricanes is increasing year on year. Oceanic temperatures have been steadily rising over the last 50 years, and these warming waters are one of the main catalysts for the upward trend in hurricane activity. Climate change also seems to be contributing to the number of storms undergoing rapid intensification (a 35mph increase within 24 hours) which can be difficult to predict and often results in devastating impacts on the ground.

"OCEANIC TEMPERATURES HAVE BEEN SLOWLY RISING OVER THE LAST 50 YEARS, AND THESE WARMING WATERS ARE ONE OF THE MAIN CATALYSTS FOR THE UPWARD TREND IN HURRICANE ACTIVITY" 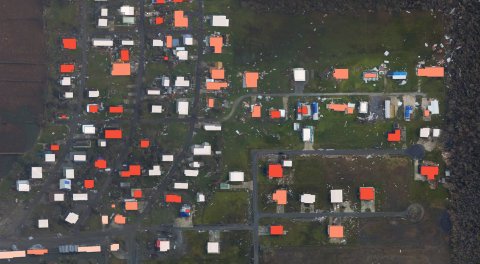 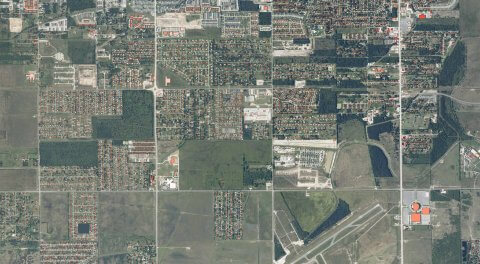 As one example from last year, Hurricane Laura was a category 4 storm and one of the most damaging windstorm events of 2020. Early morning on August the 26th 2020, wind speeds increased by 65mph within just 24 hours. Laura made landfall in Louisiana not long after this, on August the 27th, with wind speeds up to 150mph. Due to the unpredictable rapid intensification, preparations on the ground were not as thorough as they would normally have been, and the resulting devastation was huge. Through our catastrophe (CAT) response service (RE)ACT, we were tasked to deliver a property damage assessment of specific locations in Louisiana, where Laura had hit the hardest. By applying a machine learning-based automatic damage analysis method, developed by Geospatial Insight, to both pre-event satellite imagery and post event aerial imagery (in this case sourced from the National Oceanic and Atmospheric Administration (NOAA)), each building in the affected area was examined and a damage status rating applied. Using this method, damage intelligence was delivered within 1 hour of image receipt rather than 48 hours later, which is usual using human image interpretation. This allowed our customers to conduct a very rapid loss estimation and also gave them critical information on the scale of the claims response they would have to establish.

"...DAMAGE INTELLIGENCE WAS DELIVERED IN 1 HOUR OF IMAGE RECEIPT RATHER THAN 48 HOURS LATER..." 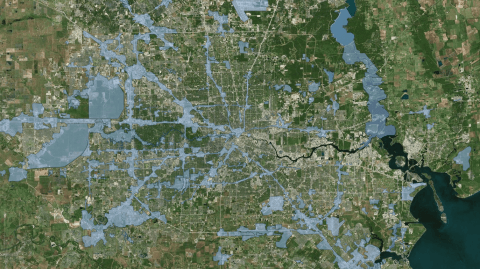 Until we can reverse the current rate at which our planet is warming, storm numbers will continue to rise and their intensity, and impacts, will continue to worsen. Larger storms tend to release more rainfall and it is estimated that with every degree of temperature increase there will be around 7% more rainfall per storm. In addition to the windstorm damage, this is likely to cause catastrophic flooding during the storm season too, similar to what played out in 2017 when Hurricane Harvey hit the Gulf Coast of Mexico. After making landfall, Harvey dropped 27 trillion gallons of water onto Texas and Louisiana in just six days, a record-breaking volume for a land-falling tropical cyclone within the US. The flooding that followed saw around 1 million people displaced, 40,000 of whom needed to seek emergency shelter and an estimated $75 billion in damage.

NOAA’s 2021 Atlantic Hurricane season predictions are set to be released this month, so will we be anticipating yet another season of above-average activity? Or is this ever-increasing season activity going to become the new normal? 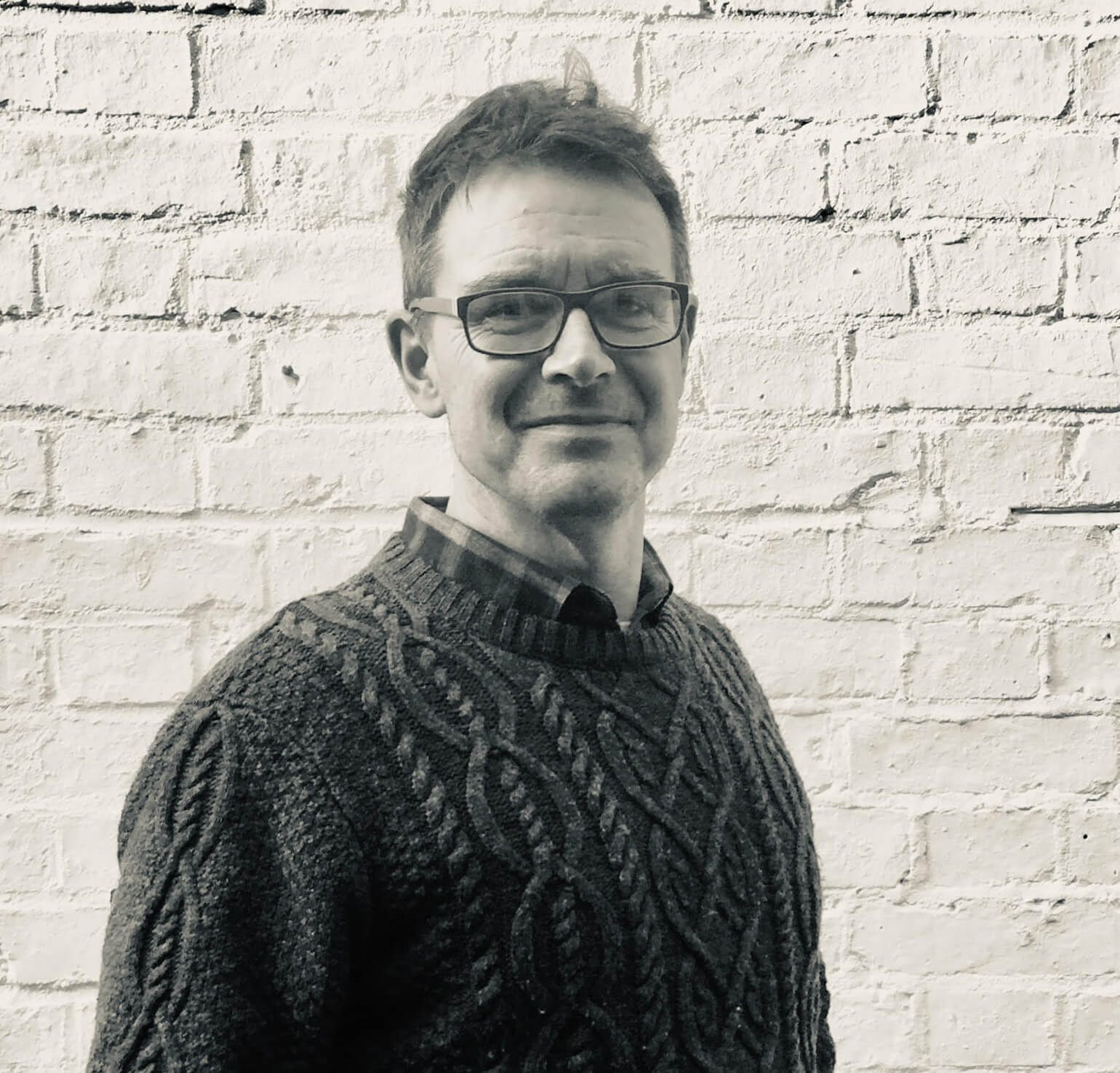 David has over 20 years’ experience in technical and senior business development roles in several sectors that include working for BP Exploration, British Airways, Experian, Infoterra Group, and as a director of his own 3D visualisation business for 7 years. His focus at Geospatial Insight is to both determine and resolve the specific challenges that underwriters and claims professionals in the global insurance industry face through the use of AI derived property data services and solutions.
All Posts
Back to Blog